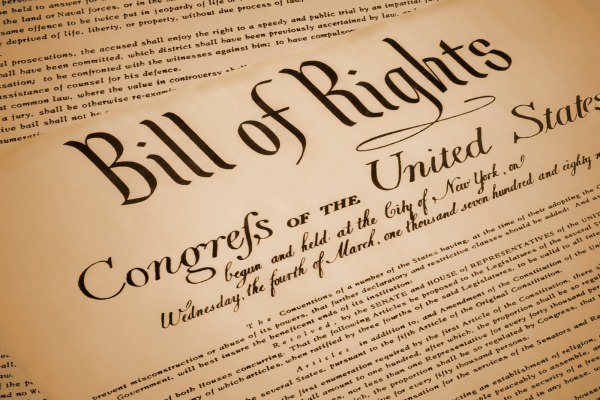 I was raised to hold tightly to the ideology of freedom and liberty. It is an ideology that the Bible commends. My Baptist ancestors were champions for religious liberty, hazarding their lives for it. And I have always lived in a culture that at least on the surface, valued the First Amendment to the Constitution of the United States of America which states, “Congress shall make no law respecting an establishment of religion, or prohibiting the free exercise thereof; or abridging the freedom of speech, or of the press; or the right of the people peaceably to assemble, and to petition the government for a redress of grievances.” America is and ought to be a pluralistic society, and the glue that holds a pluralistic society together is the freedom of religion. Pluralism is simply the belief that various ideologies or beliefs ought to be able to coexist in one society. This does not mean that those various ideologies and beliefs are the same, must agree with one another, are equally true and beneficial, or even must keep silent about disagreements. Vigorous judgments about the merits or lack thereof of various religious beliefs or ideologies is integral to pluralism, not an enemy of it. When a culture only allows a singular worldview to exist within its social or political structure, it ceases to be pluralistic; it ceases to allow freedom of thought. But it is not that certain religious ideologies and practices can have no restraint in free society. Those religious beliefs and practices the physically harm another person are restrained by the basic rules of life. For example, my rights to believe and practice my religion do not trump your rights for liberty as it relates to your personal property, your own life and safety of you or any other person, nor other civil codes that protect the individual from physical loss.

This is why, I am deeply bothered when I see any religion, even one identified as a Christian one, which attempts to prohibit the free exercise of another religion. Though I am not LDS, I would never lobby a city council to try to stop the building of a LDS Stake house in my neighborhood. I would never seek to keep a Muslim from praying toward Mecca in the work-place, and I would never be in favor of immigration restrictions that are only based upon religious beliefs (immigration restrictions based upon national threats are different, that is, being opposed to an increase in immigration with a nation we are at war with is different from being opposed to regulating immigration based only on the exercise of one’s religion).

Recently in a debate between two candidates for Congress in Utah, the question of religious freedom came up. One candidate, Mrs. Charlene Albarran said something that was troubling, not just because she said it, but because no one seemed to notice (probably not even Mrs. Albarran) that what she said is directly opposed to the First Amendment and a threat to the religious liberty of all my fellow-countrymen. She said that though the Constitution guarantees the freedom of religion, it doesn’t mean you can “push” your religion on other people. But the constitution does not just guarantee religious freedom in some theoretical sense, it absolutely means that you are free to “push” your religion on other people, that is what “free exercise” means. I live in a LDS culture, and that is precisely what the Mormon church teaches. In fact, most young LDS people are expected to devote eighteen months for women and two years for men doing just that, going on a mission for their church. Christians call this “evangelizing” and it is why we believe that we are still here on this earth after having been born again, to “make disciples of all nations,” as Jesus said (Matthew 28:19-20). Catholics and Muslims, though historically antagonistic toward one another, both arduously attempt to proselytize “unbelievers.” Even Hindus and Buddhists seek to make “adherents” of their religion. Even atheists (though being anti-religion thus not technically protected under the religion clause) seek to “push” their “unbelief” on people. I have an agnostic friend who tries to “convert” me away from Christianity, and he should because he believes that my “Christianity” is dangerous for me; but I should also try to convert him to Christianity for the same reason. The problem with Mrs. Albarran’s statement is that she completely ignores the most important part of the religious freedom clause, the government is to ensure that no one (especially the government) “prohibits the free exercise thereof.” Every religion that has existed in this world, expects her adherents to exercise, that is live out in obedience to its rules and practices, what they believe. Since evangelizing, proselytizing, “sharing”- whatever it may be called is the most basic exercise of faith, then the government is duty bound to not only allow, but to actively protect a religion which “pushes” its faith on other people. Granted, if a religious person breaks other laws of life and property in order to “push” it’s religion on others, they must be punished according those laws that are broken. But a society that redefines religious freedom as the liberty to believe something privately, but must not to seek to convert others to its faith, has abandoned the pluralistic ideology of the freedom of religion and is in direct violation of the Constitution. This deeply bothers me as a religious person and as an American citizen who because of both arenas, loves liberty.

As a Christian American, I desire that true pluralism continues in our culture, not just for freedom’s sake, but mainly because as a Christian, I believe that the Gospel of Jesus Christ has its most fertile soil in a free society (1 Timothy 2:1-7). I believe Christian evangelism is best accomplished where there is not only freedom to present the Gospel, but freedom for people to reject that Gospel. I am interested in sinners becoming disciples of Jesus Christ, not in making a Christian nation or having a Christian government. I am interested in people willingly and freely embracing the doctrine of grace because they see Jesus as all-sufficient, not because they fear they might lose some cultural or government benefit if they do or do not convert. From a faith basis, I want a pluralistic society, because in pluralistic societies people are free to become disciples of Jesus Christ or not, genuine faith is not compulsory.

So as a Christian American who sees the eroding of religious freedom as expressed by Mrs. Albarran’s statements (and she is not the only one to say such things recently), I respectfully disagree and warn about a government that seeks to prohibit or restrain the “pushing” of any religion on another, but I also do not throw my hands up in despair. The history of the true Christian church has been one where the governments and nations did not allow it to be practiced freely. I will continue to “evangelize” and “make disciples” regardless of what politicians do with the freedoms in our constitution. Furthermore, while I will speak up, I will not complain, whine, or panic; that is not befitting of my Christ who was put to death by religious people seeking to prohibit him as Messiah of his people.