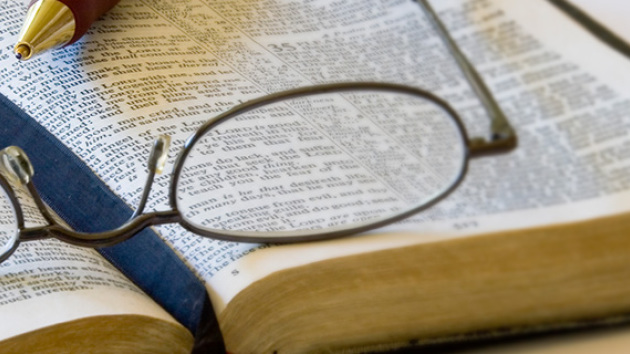 As a convinced Baptist, I believe the Scripture is crystal clear that God builds his church through sinners becoming regenerated by the grace of God through faith in Jesus Christ and his sacrifice; those sinners, as now justified, being called saints expressing faith in Christ alone through a public demonstration of water baptism; and formally covenanting together with fellow Christians in church membership. This three-fold patter is expressed in some of Jesus last words to the newly formed church when he commands them to make disciples, baptize disciples, and teach disciples. Then it is repeated in practice in Acts 2 on the day of Pentecost, the birth of the church when we read that sinners “gladly received the Word” (made disciples), were baptized, and were added to the group. These early disciples were careful to obey this progressive plan laid out by Christ in his great commission, “And the Lord added to the church such as should be saved.” God builds local churches when churches are faithful to follow his plan.

I do not think that the early church necessarily conducted baptisms the way we do today, they probably did not have baptismal tanks built into their non-existent buildings. Nor do I believe they had a vote of membership with “aye” and “nay.” But it is implied that there was some clear and obvious manifestation of who was a disciple by baptism and who was then a part of the group (membership). The form is not important, but quite clearly obedience to the practice is very important. That there was such a thing as formal church membership is explicit when comparing Matthew 28:19-20 and Acts 2:41; how they verbally expressed it is not.

That the early church was localized and organized, functioning under the authority of morally qualified and spiritually enabled leadership is inescapable in a plain reading of the book of Acts. And that each local church as a unit was required to protect and promote Biblical doctrine is implicit throughout the entire book of Acts as well as the Epistles. That each local church also functioned under apostolic authority is also explicit. But a problem arose as the Apostles began to die out. This problem was that the Apostolic number was fixed and even if it included more than twelve, when that generation died, so would the explicit gifts and office of apostleship. The Apostles themselves recognized this that they and they alone had been given this authority by a physically present resurrected Christ (Acts 1:16-26). Perhaps this is why Paul emphasized the commission given to him by the visible resurrected Christ often.

So what would happen when the apostolic time was done? How would the church continue to act organizationally with Divine authority? Who would constitute the human leadership? God had a plan for the continuation of his church long after the Apostles and Prophets (NT prophets functioned under the authority of Apostles) were gone. First, he would use the Apostles and Prophets to write his will in God-breathed Scripture. This would be the authority that all true churches who follow in the Apostolic tradition would recognize as over and above all other authority. It was objective, eye-witness, Holy Spirit given writing providing the “all things Jesus commanded” that the church was commanded to teach (Matthew 28:19-20). Thus Biblical authority then and now trumps all other authority in the church. The second plan was for the Apostles to train in this Scripture (Both Old and New Testaments) men who could train other men to lead the church with this Scripture when the Apostles were gone (2 Timothy 2:2). These men would be called “elders” because of their experience in the Scripture, “shepherds (pastors)” because of their responsibility to doctrinally care for the church (God’s flock) and “bishops (overseers)” because they would need to lead with responsible authority. These pastors or elders would be the human leaders under the authority of God Word to continue what Jesus had commanded the Apostles to do.

Along the way as the church was being established with Biblical authority and Apostolic authority (who functioned as elders/pastors/bishops), it became quite clear that saints do not stop being sinners even though they are indwelt by God’s Holy Spirit, even the Apostles remained sinners saved by grace (Gal. 2:11-13). One of the first examples of this was some married members who lied to the Holy Spirit and the church and were disciplined quite severely for it (Acts 5). Then in Acts 6, the newly minted church consisting of Jews and Gentiles together was having a rough go of these broken down walls. There was a dispute along racial and ethnic lines. The Apostles thus created another office for the church, one that would be chosen by the congregation (implying congregational authority), but would serve at the pleasure of the apostles (elders). They would of necessity have some level of authority and thus must have the same moral qualities and spiritual life as the Apostles (elders) but serve in a different capacity than the elders. These servants or “deacons” (which is the Greek word for servants) would ease the burden of the congregation and apostles alike in normal affairs of life, so that the gospel could be advanced in the church.

Thus Baptists like myself, have recognized two offices alongside the spiritually indwelt membership within the local church. There is a New Testament consistent example of members within a local congregation exercising a kind of authority, pastors (same office as elders and bishops) exercising a kind of authority, and deacons also exercising a kind of authority. Good theologian disagree on the scope and manner of these authorities to varying degrees, and this is often what has brought about the various historical Protestant denominations as the church at large has expanded over past two millennia. The matter of authority in the local church is not a matter of one’s standing before God, but it is important and significant to even be able to do the things a church is commanded to do. In this regard, denominational differences are not bad things, but necessary things to help Christians with various understandings of Scripture remain obedient in their consciences and before God. I do not unnecessarily criticize a Presbyterian form of church government, but I cannot agree with it and thus would be unable to function being obedient in my conscience before God under its structure. And a Presbyterian could say the same thing about Baptists and I respect his decision and conscience as well, though I disagree with him.

From a historical Baptist perspective, how then are these three authority exercising entities (congregation, pastors and deacons) supposed to function within the organization of God’s church?  In the following articles, I will attempt to express what I understand the Bible teaches about the leadership structure of the local church. Notably, my desire is to show how these three authorities relate to one another in a way that produces unity, accountability, and holiness for the glory of God, and for the flourishing of God’s church.