Skip to content
Home > politics > Are You Helping Out or Part of the Problem? 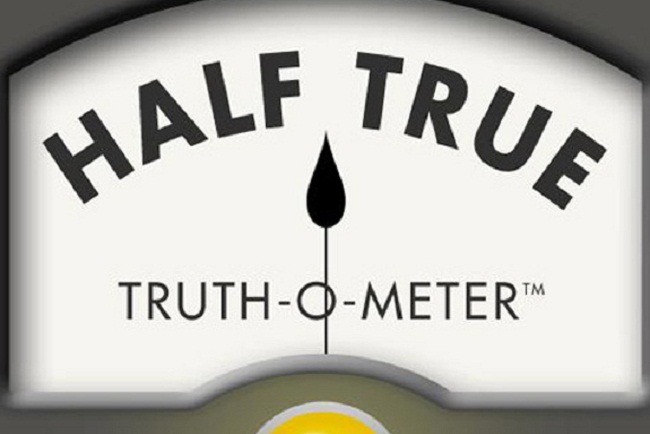 Are You Helping Out or Part of the Problem?

My grandfather (and later father) used to ask me “Are you helping out or part of the problem?”  on a continual basis. I could not help but infer from his question that I probably wasn’t “helping out” so much because I assumed (rightly I am sure) that the question came because indeed I was “part of the problem.” This really was a good question (with a smattering of a logical fallacy called false dilemma) because it was intended to make me think about my actions and to evaluate them based upon the agreed upon purpose or goal of our engagement and thus make corrections where needed so that I could truly be a helpful part of the group. Sometimes it worked and I was jolted back from my day-dreaming or laziness and I put my mind and body back in gear; other times it most likely did not.

I would like to pose this question to my Christian friends who frequently blog, share or link articles on facebook, twitter, linkedin, pintrest, email and so on. “Are you helping out, or part of the problem?” Of course I see the irony of an article like this posted on my blog that will be automatically shared on my facebook page and maybe linked to in my twitter account. Yet I think it is an important question to ask whenever we enter the sphere of public discourse because internet postings, unlike many other venues do tend to either be helpful or hurtful to a cause rather than just neutral.

A case in point, I have read several blogs written by Christian men whom I respect that have seen fit to enter into the current events happening in Ferguson, Missouri. Reporting news is fine, but these articles are predominately about race relations, whether there is such a thing as white privilege or black privilege, how Christians should respond to racism in their communities, how Christians should consider racism in the church, in their own hearts, etc. I wholeheartedly believe racism is a disgusting sin and believe that it is a sin that has plagued our country since its inception. But here is the problem, the facts are not all out yet concerning the Ferguson case, we have no tangible evidence that race had anything to do with the shooting of the youth in Ferguson. Of course, as I say this, some of my black friends will respond, “that is because you are white, but we know he was gunned down because he was black.” And them my white friends will respond, “he was a thug who rushed the police officer and he was defending himself.” And the reality is, we have eye-witness statements that support both narratives. But this is why our nation is supposed to have a legal investigative procedure, and court system to sort through the facts and then to make appropriate statements, indictments, legal declarations, etc. in light of the gathered evidence. I don’t know what happened in Ferguson, especially being thousands of miles away and only having a worldly news media to give me the story how they best see the narrative playing out in their agendas (this is a rather dogmatic statement, but I am convinced that true, unbiased news journalism in this country is nearly dead, every news organization has an agenda, whether we agree on the agenda is not the point). So why, my friends, rush to post articles and share links using this tragedy in Ferguson as a launching pad for race relations? I get that the reaction of the community in Ferguson does have racial overtones, but I simply think each person who shares a link, forwards that email, writes a blog, or shares their version based upon a “very reliable source” needs to consider before pushing the button, “am I helping out or part of the problem?” And maybe more importantly, “Is what I am writing truth?”

Another recent example of this same issue rose this past week concerning the violence and Christian genocide taking place by ISIS. Joe Carter of The Gospel Coalition, wrote a short article fact checking the many articles about the beheading of Christian children in Iraq. His article that did not deny that this was occurring, but merely questioned the many stories being shared on Facebook, received such negative blow back that it was appalling. He pointed out that many of the pictures being circulated on social media were old pictures that have been on the web for some time and were Syrian rebels. He demonstrated that although he believes that ISIS could indeed be beheading children, the evidence of this is not certain yet and so we ought to not spread internet stories with inaccurate pictures and evidence. His point was that Christians ought to be more concerned with truth than anything else. Reaction after reaction of professing Christian chided him for his article in essence saying that whether the pictures were true or not, or whether the details were accurate was not important because sharing these inaccurate pictures brought awareness to the evils of ISIS. That is appalling to me that Christians would say that they don’t care about the truth because it furthers a good cause. What is so different about this thinking than the secular post-modernism of the world that suggests all truth is relative? Let me be clear, I am not saying that ISIS is not beheading children or that this is not a grievous evil that ought to soundly spoken against and prayed for. What I am saying is that we need to be careful that we seek to understand the truth of what is written as best as possible before we quickly hit the “like” button or “sharing.” In other words, do your original research before you post or blog.

When we are quick to write about or link to what others have written without research and consideration of truth and evidence, we are not helping out, but we are part of the problem. Here is a short bullet list of questions to consider before you hit that “send” or “like” button.

I am certain there are more principles to consider, but maybe this will get us thinking. I like to remember before I forward that email or link to that “breaking news” story that in the day of judgment every idle word will be examined. Christians, let us be people that write and “share” with truthfulness and accuracy regardless of what the venue is.